**THE SPRING 2021 ESSIE AFTERNOON WITH INDUSTRY WILL BE A VIRTUAL EVENT.**
Hosted by the University of Florida Engineering School of Sustainable Infrastructure & Environment, ESSIE Afternoon with Industry job, internship and networking event catered to students and alumni within civil, coastal and environmental engineering. This biannual fair continues to be a niche event, serving companies specifically seeking Civil, Coastal or Environmental engineers for internship and employment opportunities. From 6 p.m. to 9 p.m., attendees will have the ability to speak and network with company representatives. Typically our student participants range between 325 and 400 attending with over 100 representatives from upwards of 65 companies and organizations. ESSIE undergraduate and graduate students, as well as our ESSIE alumni are welcome to attend. 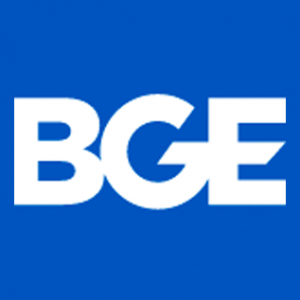 Concrete and steel, stone and earth—these are the elements of infrastructure. BGE has brought these elements together in the service of engineering, construction, environmental science, planning, surveying and more. But by far the most important element of the projects we undertake is human. Community is at the heart of our mission. We are driven to ensure that our solutions endure for generations. We exist to serve. 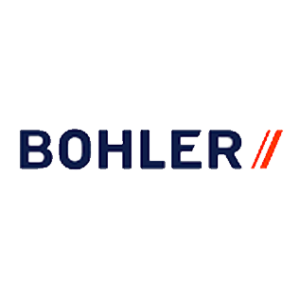 Bohler provides land development consulting and technical design services to owners and developers across all commercial, institutional, and residential markets.

We help real estate professionals identify and act on opportunities to become accomplished. We partner with our clients to leverage industry change and tackle site challenges, resulting in successful land development projects that grow their business and transform the community. 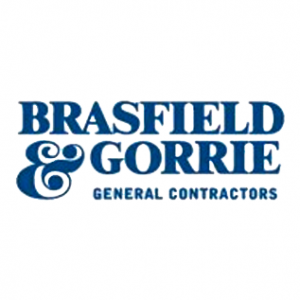 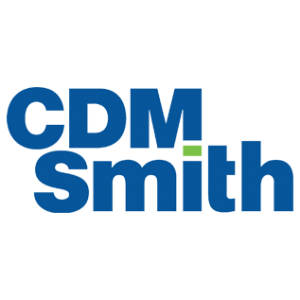 CDM Smith is a global privately owned engineering and construction firm providing legendary client service and smart solutions in water, environment, transportation, energy and facilities. In 1947, CDM Smith was founded with a commitment to maintain the constant pursuit of excellence, placing responsibility to our clients second only to responsibility to the public. By staying true to this promise for more than 70 years, we’ve forged tremendous, long-standing relationships, believing responsiveness is the foundation of serving our clients. With the power of independence, we make decisions based on what’s best for our clients and our employees, not outside investors. We reinvest in our people, tools and technology to find better solutions and foster amazing careers. Whether you’re an employee, client, partner or stakeholder – we’re the people you want to be working with. We are CDM Smith. 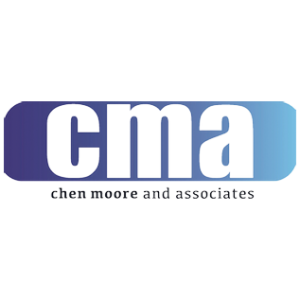 Chen Moore and Associates (CMA) is a multi-discipline firm with its corporate office in Fort Lauderdale, regional offices in Miami, West Palm Beach and Orlando (Maitland), and project offices in Gainesville, Tampa and Jacksonville. 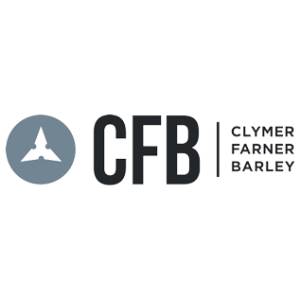 CLYMER FARNER BARLEY, Inc. (CFB) is one of the largest privately-owned engineering, surveying, and mapping/GIS firms in the State of Florida. Our firm of over 80 employees has provided a comprehensive range of engineering and land surveying services, as well as many other services, to land developers, owners, and public agencies since 1987.

The CFB staff has varying levels of experience in a multitude of areas. We pride ourselves on that experience and are always eager and excited to mentor new hires and pass on the lessons learned through years of fine-tuning our efficient and streamlined approach. If you are interested in working with the finest team of professionals on some of the greatest projects in the United States, then consider CFB as an option for your personal and professional growth. 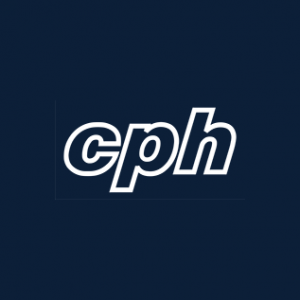 CPH is a multi-disciplinary Architecture and Engineering firm that is focused on building long term relationships with our clients by providing quality solutions to achieve project goals. Our team is made up of technical and professional experts serving clients in the public and private sector. 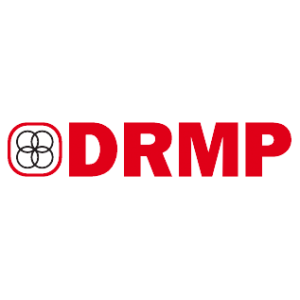 Our firm has never faltered on this path, and continues to search for more opportunities for collaboration and growth throughout the southeastern United States. Keeping the future in mind, we will continue our journey with the resolve and desire to create partnerships with our clients to provide tailored solutions that satisfy their needs, achieve success for our employees and benefits the communities we serve. 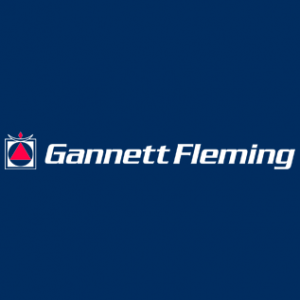 With a century of experience and offices worldwide, Gannett Fleming is part of the fabric of local communities around the globe.

Our culture of service, innovation, and responsiveness empowers us to fulfill our key mission: making our clients successful.

For more than 100 years, we’ve been a leader in global infrastructure solutions with a focus on planning, design, technology, and construction management services for a diverse array of markets and disciplines. Across more than 60 offices, 2,500+ highly qualified professionals are united in an unyielding commitment to deliver excellence to every client and every project, every day. 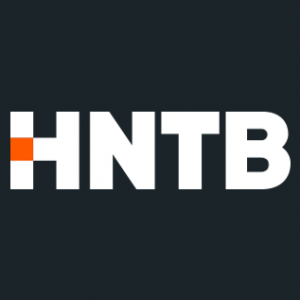 Our commitment is to the communities we live and work in. And to our diverse and inclusive culture. A culture that is defined by integrity and technical excellence resulting in delivering quality work for more than a century.

The source of our spark is the people of HNTB, who aspire to achieve greater things every day. These are people with integrity and technical excellence that work closely with clients to shape our transportation future.

Established in 1974, Jones Edmunds is a Florida-based, multi-disciplinary engineering and consulting company focused on providing holistic service to our clients. We serve with an eye toward long-term relationships and unrivaled service. 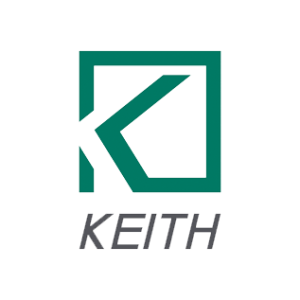 Engineering solutions are evolving. KEITH is uniquely positioned to lead the way in defining how they are delivered — attracting and strengthening a team of diverse specialist practitioners and insightful generalists, all supported by unparalleled design expertise. 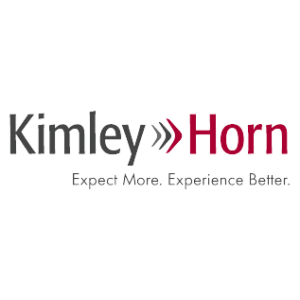 At Kimley-Horn, we do things differently. People—clients and employees—are at the forefront of our business. Clients know we are laser-focused on their success. Employees know our culture and approach to business are built on a desire to see our staff flourish, one and all. Both groups know that with Kimley-Horn, they can expect more and experience better. 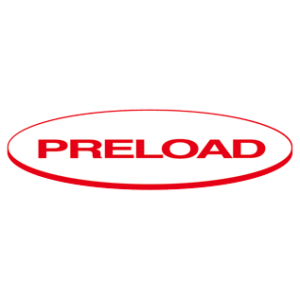 In 1930 a design concept was born in the cramped Preload offices of a New York City office building. This concept of placing concrete into permanent compression to create the most durable, efficient liquid holding structure in history would benefit the lives of millions and millions of people worldwide.

However, concepts don’t build tanks and designs haven’t delivered life sustaining water to millions. This can only be accomplished by PEOPLE which is why our PEOPLE have been and will always be Preload’s greatest asset. Today our PEOPLE stand on the shoulders of generations of Preloaders passionate about building generational structures in the service of communities worldwide. We recognize this heritage and are committed to sustaining their legacy of leadership through our core values which is the SPIRIT of Preload. 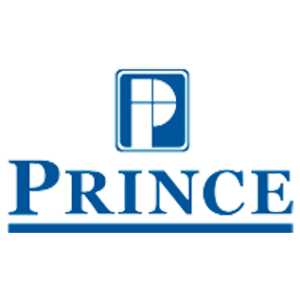 For three decades, Prince has been a civil construction leader in Florida. Prince specializes in highway, heavy construction & site development, and self-performs the majority of its work. Prince is committed to delivering quality projects through both conventional and innovative methods.

Founded in 1983 in Palmetto, Florida, Prince began as a five employee privately-held company that specialized as an earthmoving and grading contractor. Over the years, Prince gradually added more employees and disciplines of civil construction to its capabilities. With ample skilled personnel, Prince is now capable of performing all the critical items of work on civil construction and transportation projects.

Prince’s primary focus is on transportation and infrastructure development for state and municipal authorities across Florida and the Southeast. Bid-Build and Design-Build roadway projects are Prince’s core market because our crews can perform the Clearing, Earthmoving, Drainage, Utility, Road Base, Bridge, and Concrete work.

In 2014, Prince was acquired by Dragados Construction USA, a subsidiary of ACS Group, one of the largest civil construction companies in the world. ACS Group operates in 68 countries and has constructed over 5,282 miles of highways, 3,107 miles of roads, 1,500 bridges, 840 miles of tunnels, 230 dams, 528 miles of railways, rail transit, and numerous rail facilities and airports, and is consistently ranked as the leading concession group in the world by Public Works Financing (PWF.)

The Dragados Construction USA/Prince partnership will enable us to pursue larger PPP and Design-Build projects, and to expand even further throughout the Southeast. 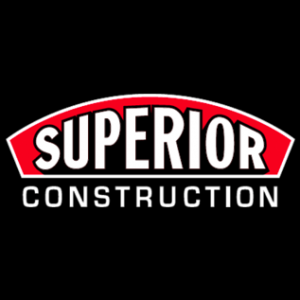 Superior Construction’s entrepreneurial spirit, quality construction, and pursuit of complex projects began in the 1920s. Established in Gary, Indiana, the company foundation has always been in building the infrastructure of America. Schools, post offices, and libraries are some of the first projects Superior Construction completed, helping shape the America we know today. As the company grows, so too do the types of work we perform. We now take on large, complex structures in transportation, industrial, and a variety of necessary American infrastructure, delivering quality work safely and honestly nationwide.